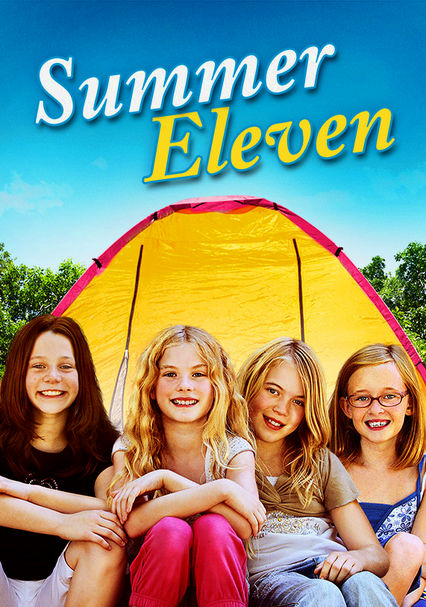 2010 PG 1h 33m DVD
In this family drama from director Joseph Kell, 11-year-old best friends Lizzie, Jess, Vanessa and Peri share an eventful summer before they head to middle school in the fall. As the girls lean on each other through crises -- including a newfound interest in boys and Jess's parents' divorce -- they help each other begin the journey out of childhood.

Parents need to know that this film about four girls the summer before middle school made the Heartland and Family Film Festival circuits before making it to DVD and as such is focused on being uplifting family fare. So while it tackles mature themes such as divorce, homelessness, and an older brother coming home from Iraq in a wheelchair, it does so rather mildly and offers some pat answers to these difficult problems. There's mild swearing in one scene where there's also beer drinking by adults. Also, one of the girls asks how people get pregnant, the camera cuts away assuming the other girls tell her, and then you see her say "My parents did that?!"

One girl asks the others, "How do people get pregnant?" They cut away and come back to her saying, "My parents did that?!"

Mention of dead soldiers in Iraq on the car radio while a father whose son Jerry is stationed there looks worried. The sound of an explosion to indicate that something happened to Jerry -- he later comes home in a wheelchair. Jess' mom's boyfriend throws a remote control at the wall next to Jess.

"Dammit" and "hell" shouted at the dinner table. Vanessa's mom says "I hate myself."

Enjoying the time you have is a big lesson for the girls who are worried about middle school in the fall, as is sticking together come what may when school starts. Friendship helps the girls face upheaval in their families. There's an implied message, too, that there are quick and easy solutions to such big problems as homelessness, divorce, etc.

Three of the girls have DS players and play a game together. A mention of America's Funniest Home Videos.

Lizzie gets her older brother a beer at the dinner table and his parents tell him they think he's already had enough.