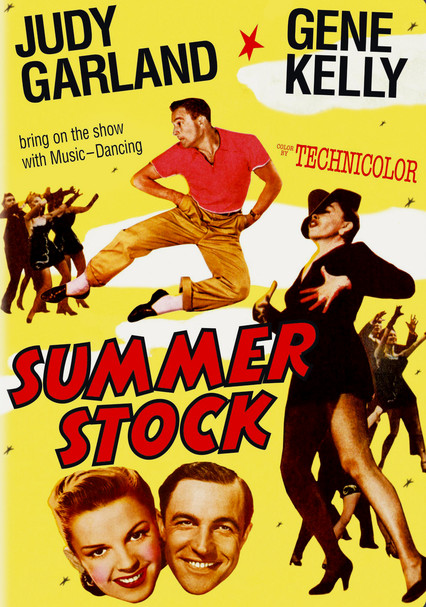 1950 NR 1h 49m DVD
Jane Falbury (Judy Garland) thinks she's doing her sister, Abigail (Gloria DeHaven), a favor by allowing her troupe of summer stock actors to use her barn as a theater. But when Jane meets her sister's fiancé, director Joe Ross (Gene Kelly), she realizes she's made a big mistake. She finds herself falling for him in this 1950 musical, which was Garland's last with Kelly, a longtime collaborator, and features her performance of "Get Happy."