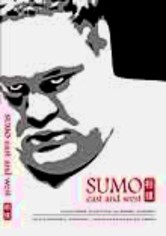 2004 NR 1h 25m DVD
This documentary looks at one of Japan's centuries-old cultural traditions, sumo wrestling, which over the past few decades has been rocked by the arrival of bigger, heavier American wrestlers from Hawaii. Explore this new world of sumo wrestling through the story of Hawaiian wrestler Wayne Vierra, whose professional sumo career in Japan gave way to tournaments in Las Vegas -- events that bear little resemblance to the sport's Japanese forebear.