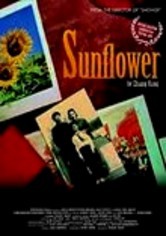 2005 NR 2h 9m DVD
Xiangyang's (played by Zhang Fan, Ge Gao and Wang Haidi at different ages) bond with his father, Gengnian (Haiying Sun), remains strained through the years as China moves from the Cultural Revolution into the modern era. Forced to spend years in a reeducation camp, Gengnian misses Xiangyang's early childhood, and although he returns determined to make up for lost time, the free-spirited Xiangyang resents his father's rules and discipline.