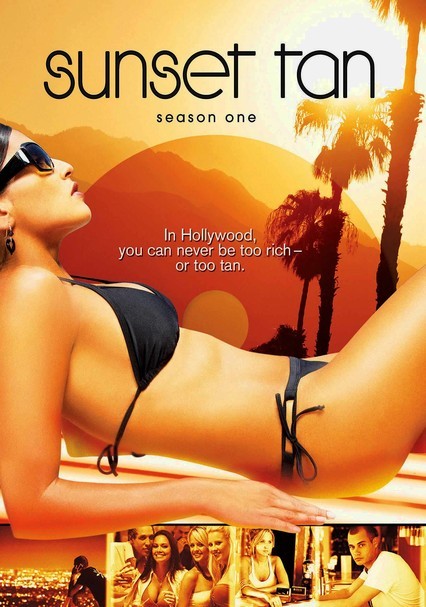 2007 NR 2 discs
Welcome to Sunset Tan, one of the hottest tanning salons in Los Angeles, where even the most outrageous client request is part of the average day. This sizzling reality series mixes celebrity cameos with personal drama behind the counter. The well-bronzed employees work, play and maneuver to get ahead while catering to an eccentric group of customers. Look for guest appearances by Britney Spears, Traci Bingham, Kato Kaelin and others.

Parents need to know that this brainless reality series shows a lot of skin -- though key body parts are blurred -- and is generally very body- and image-focused. The salon employees will do just about anything to make a sale, plus they drink a lot, get into angry confrontations, and swear up a storm (the worst is bleeped, but a lot gets by).

Lots of nudity, though it's mostly non-sexual, and key bits are blurred. Skimpy clothing on men and women, with lots of attention paid to bodies (breasts, chests, butts, etc.). Heavy flirting, and some discussion of sex and relationships.

The series emphasizes mainstream ideals of physical beauty and raises body-image issues. Some of the featured folks behave unprofessionally, including flirting intensely in order to make a sale. In one episode, a mom pushes a tan on her young daughter, encouraging her to look like Lindsay Lohan.

Promotes the central business -- Sunset Tan -- and, subtly, its products.

Some heavy partying, including plentiful drinking.