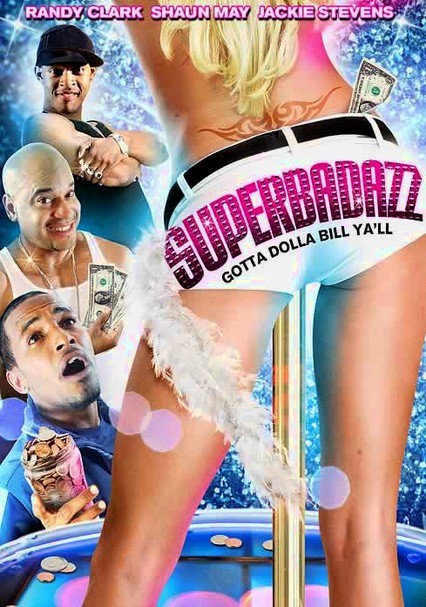 2008 NR 1h 30m DVD
In an effort to up their cash flow, desperate friends Rodney and Leon open an illegal strip club in Rodney's parents' basement. But the boys' business venture gets off to a shaky start when the girls they hire turn out to be less than perfect. Of course, the fact that Rodney's parents have no idea that their home is doubling as a house of ill repute only adds to the shenanigans. Shaun May, Randy Clark and Michael Harris co-star.