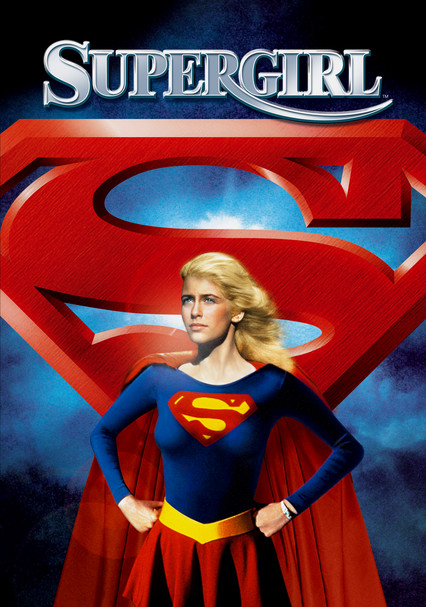 1984 PG 2h 5m DVD
When she loses her city's vital power supply, Kryptonian Kara (Helen Slater) follows it to Earth in the hopes of retrieving it. Although gifted with powers like her cousin Superman, Kara struggles to defeat the evil Selena (Faye Dunaway), who now controls the mighty object. To fit into her new surroundings, Kara disguises herself as high school student Linda Lee and says that she's Clark Kent's cousin.

Parents need to know that this tween-appropriate film as comic book-style violence. All types of weapons are used (from knives to a nauseating amusement park ride), but there's never any blood or gore. The heroine, a high school-aged superhero, presents a good role model for tweens (and even younger girls), and the character is juxtaposed against a ruthless female villain whose minions occasionally drink alcohol and smoke cigarettes.There are some mildly scary scenes and Supergirl's mentor tragically dies in a brief non-graphic scene.

Occasional use of "s--t" and "Jesus" as an exclamation.

Of course it's nice to have a female superhero in the spotlight!

Wicked sorceress and her minions drink and smoke.