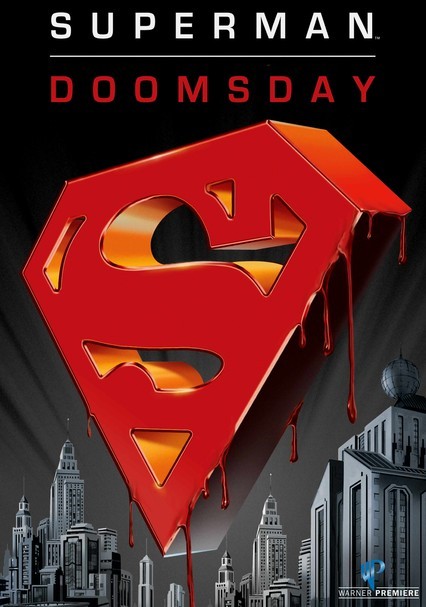 2007 PG-13 1h 14m DVD
To defend Earth, Superman battles an evil entity known as Doomsday, who proves too strong for the Man of Steel. But while the world mourns the fallen superhero, Lex Luthor's joy in his enemy's demise is short-lived, as even death can't stop Superman.

Parents need to know that this is a Superman story pitched on a more adult level. In addition to rampant violence and mass destruction of cities and machinery, people are killed (even animals and children, off-screen). Characters swear, at PG-level. Superman and Lois Lane have been "more than friends" (as Lex Luthor puts it), though we don't see them having sex. There is, er, super-nudity in a clinical setting, but shadows and amusing obstacles block our view of the, um, super-gear.

Nothing overt, but it's clear that Superman and Lois are lovers and cohabitate when they can. Naked male superbodies in cloning chambers have private parts obscured (rather amusingly, a la Austin Powers) by gravity-defying mounds of liquid.

Intense animated violence, to the point that Superman bleeds. Characters are killed, including (off-screen) a child. There are beatings, and (off-screen) heads are broken, spines are snapped -- animals as well as people. One character shot to death.

Superman could just let his astounding powers go to his head and become a self-righteous super-vigilante or demi-god, but he doesn't. We see this trait in others (Lex Luthor among them). Lois is fearless and smart, but she still needs rescuing almost continuously; ditto the less resourceful Jimmy Olsen.

Drinking under duress by Perry White.