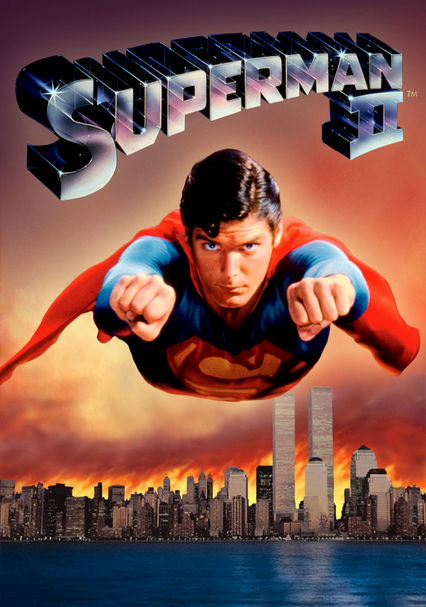 1980 PG 2h 7m DVD
Three escaped criminals from the planet Krypton test the Man of Steel's mettle in this hit sequel. Led by Gen. Zod, the Kryptonians take control of the White House and partner with Lex Luthor to destroy Superman and rule the world.

Parents need to know that Superman II is a sequel to the 1978 live-action film and is heads and shoulders above the original. Witty and fast-paced, a playful sense of humor pervades this superhero saga. School-age kids respond to both the action and the sympathetic portrait of the nerdy Clark Kent. Although they'll be repelled by the primitive-looking special effects, preteens respond well to the flippant humor and fast pace. They're also able to comprehend Superman's "sacrifice" for love. Teen and older viewers enjoy the movie's irreverent attitude towards many hallmarks of the Man of Steel mythos, while also appreciating the "date" between Lois and Clark. This film does, however, deal with mature themes of world domination, crime, love, heroism, sacrifice.

Lois and Clark consummate their relationship, but it's discreetly depicted.

Lois is nearly crushed to death. Superman undergoes a creepy-looking change (with muscles and skeleton visible) when he sacrifices his powers for Lois. Younger viewers might be disturbed when the powerless Clark Kent is bested by a roadside bully, resulting in a bloody nose. Superman has several encounters with villains, the most notable being his battle with the trio from Krypton, which leaves much of Metropolis destroyed. Not many casualties are viewed, with the exception of a snake who is burnt, and a little boy who receives the same treatment (offscreen) for trying to warn authorities about the trio's threat.

Good and bad are clearly defined. Superman wins the day by lying to Lex Luthor and the Kryptonian supervillains (knowing that Luthor's pledge to not reveal a secret was, in itself, a lie). Some underlying messages about love and relationships weakening a man, but this is not explicit.