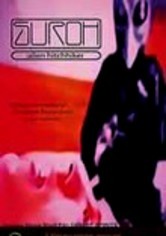 1996 NR 1h 14m DVD
A man who doubts the existence of extraterrestrials has an out-of-this world experience when he encounters an alien being. Paul finds his skeptical views and his life forever altered when he and Suroh, who has crash-landed on Earth, forge a spiritual and emotional bond. To escape the government agents hunting them, Paul must return Suroh to the portal that will transport the alien to his own planet. Extras include the short film "Desert Spirits."