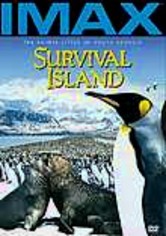 1996 NR 0h 41m DVD
This stunning IMAX documentary tells the story of the vast animal cities on South Georgia island -- including penguins, albatrosses, fur seals and elephant seals -- and of the order that lies beneath their seemingly chaotic world. Standing virtually alone in the great Southern Ocean, South Georgia island plays host to some of the largest concentrations of animals anywhere on Earth during the spring and summer months.