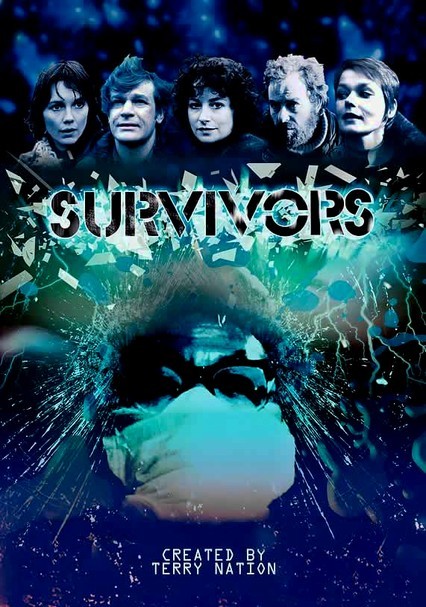 1975 NR 3 seasons
In the wake of a widespread pandemic, the world is a veritable wasteland with so few survivors that upper-crust Abby (Carolyn Seymour) and working-class Jenny (Lucy Fleming) begin to fear they're the only two people left on the planet. As this sci-fi series unfolds, they begin to build up their numbers (with fellow survivors Stephen Tate, June Page, Celia Gregory and Gordon Salkilld) and pour their energies into rebuilding civilization.

This classic British sci-fi series about a group of people who mysteriously survive a global pandemic kicks off as two very different women -- working-class Jenny (Lucy Fleming) and well-heeled Abby (Carolyn Seymour) -- struggle to make sense of the situation. First and foremost on Abby's mind is finding her son, Peter, while Jenny has no concrete goals, save staying alive. They say there's strength in numbers, but where are the other survivors?

The second season of this British sci-fi series points the plot in a different direction when a sinking hot-air balloon brings an unexpected guest to Whitecross. Just when the disruption proves indisputably pivotal, Alan (Stephen Tate) and Sally (June Page) up the ante. Meanwhile, Ruth (Celia Gregory) invites danger into the settlement's midst by recklessly welcoming a group of newcomers into the community.

In the third and final season of this British sci-fi series, Jack (Gordon Salkilld) returns to Whitecross after a six-month absence. But Seth (Dan Meaden) and the others find him much altered, babbling on about a place he's visited with Greg (Ian McCulloch) called Wellingham. With Charles (Denis Lill) in tow, a frantic Jenny (Lucy Fleming) leaves the settlement to find Greg. But along the way, they make dangerous acquaintances.