Suzanne Westenhoefer: Live at the Village 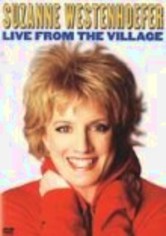 Suzanne Westenhoefer: Live at the Village

2004 NR 1h 0m DVD
Audacious stand-up comic Suzanne Westenhoefer delivers laughs to a sold-out crowd at Hollywood's Village Theatre with her signature gay-centric comedy routine. One of the first openly gay comedians to perform at mainstream clubs, Westenhoefer gained popularity through appearances on several television shows. The award-winning comic starred in her own HBO special and was the first-ever "out" lesbian to perform on "Late Show with David Letterman."