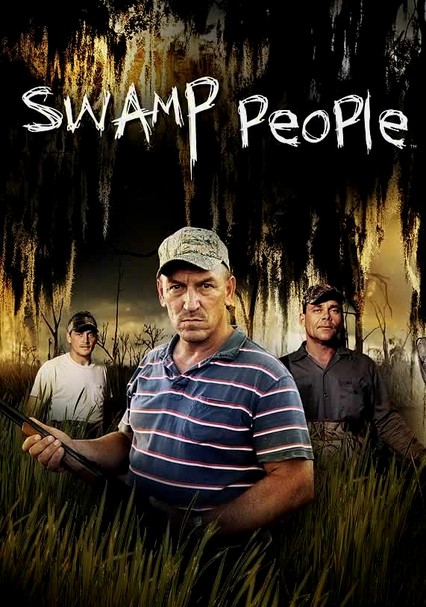 2010 TV-PG 3 seasons
Filmed in the swamps of Louisiana's Atchafalaya River Basin, this reality series follows a clan of alligator-hunting Cajuns, spotlighting one resident's eternal quest to nab a particularly nasty (and toothy) reptile.

Get a glimpse at the real-life adventures of the hardy Cajun gator hunters who inhabit Louisiana's million-plus acres of swamp. A runaway hit in its first season, this compelling series has just begun to scour this hostile land.

The bayou boys and their burly crews are back alongside an all-female team, sharpshooters and an ever-increasing hunger. With only 30 days to bag their tags, these home-grown natives venture into Atchafalaya Swamp waters to bring in the big ones.

Parents need to know that this docuseries -- which follows Southern Louisiana fisherman as they hunt alligators -- offers an interesting look at Cajun culture but also includes some very graphic scenes of gators being hooked, shot, and skinned. Some of the language is strong, too ("hell," "piss," and "ass" are audible, while stronger words are bleeped). Expect messages about respecting the environment, prioritizing family, and honoring your cultural heritage.

Graphic images of alligators being hooked, shot with rifles at point-blank range, and skinned with hunting knives. The fishermen sometimes get bloody injuries. Birds and fish are shown being bitten and/or eaten by other animals.

The series highlights some of the traditions of Cajun culture (including alligator hunting, which is described both as a Cajun tradition and as a necessary measure to protect the population). Part of the swamp heritage is to live off the swamp as well as to respect and protect it.

Beer drinking is visible. One fisherman brews his own beer and wine. Boxes of cigarettes are visible in some of the fishermen's pockets.