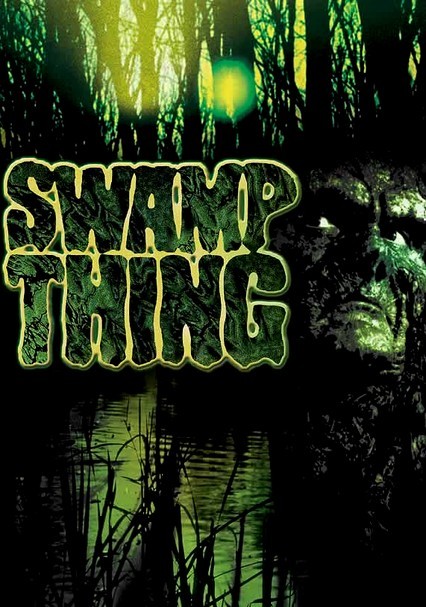 1990 NR 2 seasons
When Alec Holland is exposed to strange chemicals and left to die in the swamps of Louisiana, he mutates into the Swamp Thing (Dick Durock), a mucky monster with super strength and the ability to control plants. Owing his mutation to the wicked Dr. Anton Arcane (Mark Lindsay Chapman), Swamp Thing chooses the forces of good over evil and seeks to help innocent people who search for justice in the untamed wilderness.

After a bomb explodes in his lab, Dr. Alec Holland (Dick Durock) is covered with chemicals and falls into a Louisiana swamp, where he emerges as a powerful -- but nasty-looking -- superhero eager to rid the world of evil, starting with archenemy Dr. Anton Arcane (Mark Lindsay Chapman). The early-1990s series based on the cult DC Comics hero also stars Carrell Myers and the lovely Kari Wuhrer.

Swamp Thing (Dick Durock) continues to protect innocent people from harm and to thwart his nemesis, Anton Arcane (Mark Lindsay Chapman), in these first 25 installments from the third (and final) season of the series based on the DC Comics character. In this set of episodes, Ann Fisk (Janet Julian) discovers Swamp Thing's true identity and tries to find a way to transform the creature back into scientist Alec Holland, her former boyfriend.