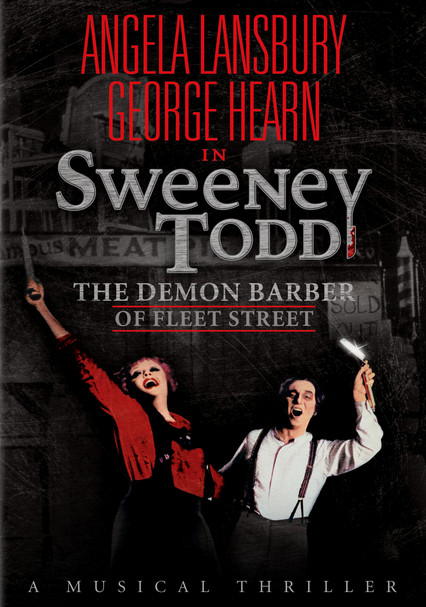 1982 NR 2h 20m DVD
Wrongly imprisoned (but insane) barber Benjamin Barker (George Hearn) is released from prison only to find that a corrupt judge is tormenting his daughter. Assuming the name Sweeney Todd, Barker decides it's time to cut more than just the judge's hair. Angela Lansbury co-stars as the equally warped Mrs. Lovett, who sells meat pies made from the corpses of Sweeney's victims. This filmed staging of Stephen Sondheim's musical won three Emmys.