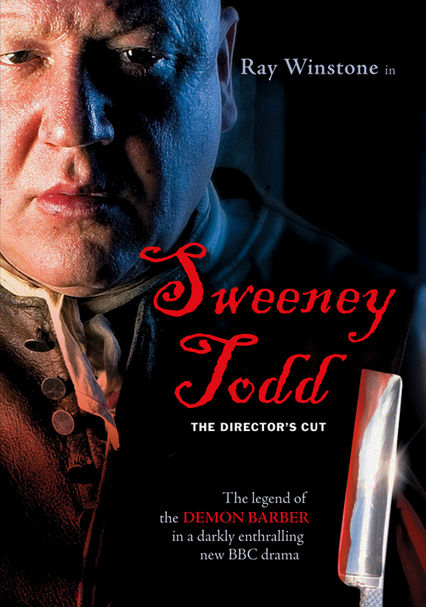 2006 NR 1h 35m DVD
Ray Winstone stars as Sweeney Todd, the infamous "Demon Barber of Fleet Street," in this macabre BBC drama set in 18th-century London. When a brutal jailer (Anthony O'Donnell) from Newgate prison turns up as a customer, he gets more than a close shave from Todd, who soon unleashes his homicidal streak on other unsuspecting clientele. Essie Davis plays Nellie Lovett, whose meat pie business booms after she forms a sinister alliance with Todd.