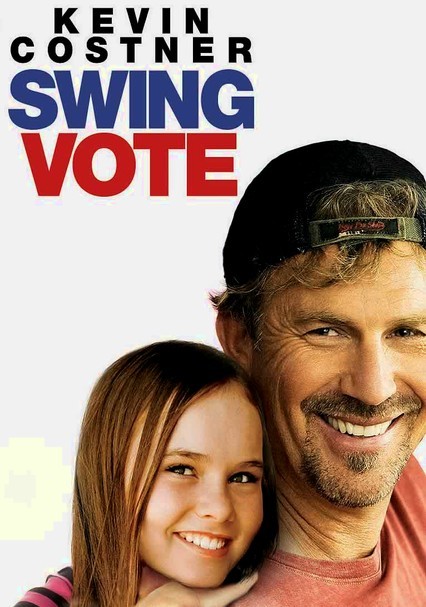 2008 PG-13 1h 59m Blu-ray / DVD
On Election Day, the eyes of the nation fall on a beer-swigging couch potato named Bud Johnson, who -- through a quirk of fate -- finds himself in the position of being able to single-handedly choose the next American president.

Parents need to know that although this comedy has a young protagonist and could serve as an entertaining -- if superficial -- introduction to the political process, most kids probably won't be that interested. Maybe just as well, since the central character is a booze-guzzling loser who's downright neglectful of his 12-year-old daughter, especially in the beginning of the movie. There's also an allusion to drug use, lots of strong language ("s--t" and the like), and some stereotypes.

A few allusions to Bud having fun with women as he becomes more high-profile. Some mild flirtation.

A man kicks an empty beer can in frustration; he also yells at a stranger leaning on his car. His neighbors jeer at him and make fun of him, as do TV pundits, but it's a war of words, not violent actions.

Runs almost the full gamut, from the arguably mild "damn," "crap," and "hell" to stronger words like "s--t" and "son of a bitch."

A father neglects his daughter because he drinks way too much and appears unaware of how his boozing is hurting her. He's also apathetic and irresponsible, taking his daughter out of school because he wants to spend time with her -- even if she doesn't want to. He makes promises he can't keep. But in the end, he seems to have seen the light. A mother appears to not want to have anything to do with her daughter because she'd rather work on her music and has a drug problem. A teenager takes on way too many grown-up responsibilities because neither one of her parents is stepping up to the plate. Another young teen drives his father's car when the older man is passed out drunk. Some stereotyping, particularly involving political parties and politicians.

Lots of beer swilling at all hours of the day, and allusions to one character's drug addiction. Alcohol affects Bud's behavior and his abilities as a parent. A character passes out drunk.