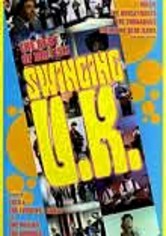 2004 NR 1h 0m DVD
British pop dusts itself off and comes out swinging in this compendium of concert footage featuring the best of the country's chart-toppers. Relive the glory days through such catchy tunes such as "Do You Love Me?," "Shout" and "Oh Henry," with the help of The Hollies, The Animals, The Merseybeats, Brian Poole and the Tremeloes, Swinging Blue Jeans, The Millie, The Tornadoes, The Applejacks and more.

Parents need to know that this saucy British sketch comedy series revolves around a group of recurring, very dysfunctional characters and their sexual issues, which range from a woman marrying a closeted homosexual to a teacher who comes on to one of her students. Language goes mostly uncensored ("s--t" is unbleeped), and innuendo is constant. Overall, it's ribald, racy, and not for kids.

If this show is to be believed, sex pervades every daily human experience. Characters' flaws and foibles are played for laughs in typical sketch-comedy style.

Social drinking. In one episode, a teacher attempts to seduce her student with alcohol.