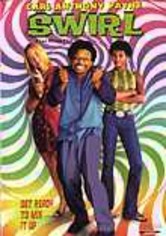 2002 R 1h 25m DVD
College romance takes a hilarious turn in this comedy starring Carl Anthony Payne II (best known as Cockroach on the hit 1980s sitcom "The Cosby Show," also appearing on "The Martin Lawrence Show"). A black man (Payne) and a white woman, both college co-eds, ponder taking their relationship from friendship to a more romantic level, resulting in a swirl of black and white, love and friendship.