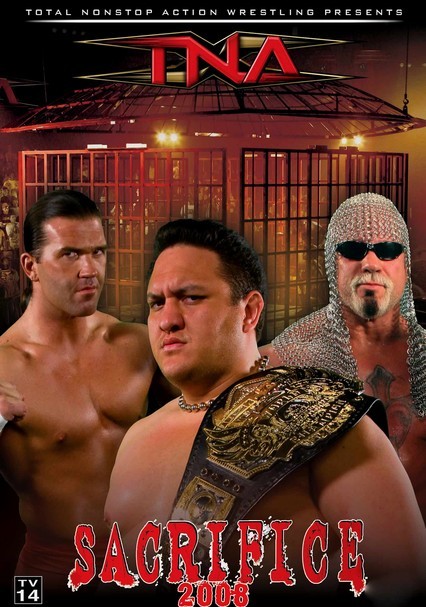 2008 NR 3h 30m DVD
Witness every minute of hard-hitting action with all three hours of TNA Wrestling's Sacrifice 2008 event. See unlikely partners A.J. Styles and Super Eric take on B.G. James and Awesome Kong, former rivals Kip James and Matt Morgan team up against L.A.X. and Christian Cage and Rhino battle Robert Roode and Booker T. Plus, a Terrordome X Division Match separates the men from the boys, with the winner going on to compete for the World Title.