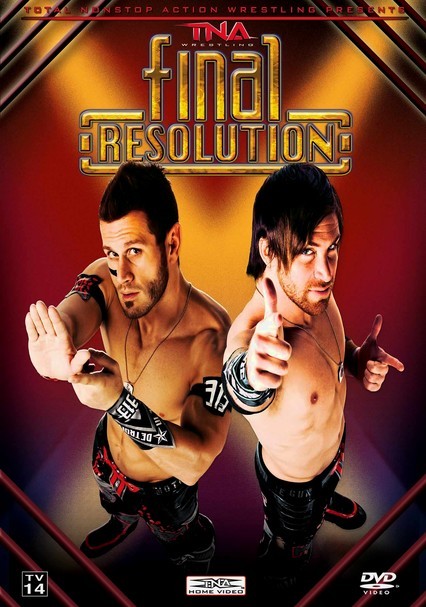 2009 NR 3h 15m DVD
Total Nonstop Action Wrestling brings you eight pulse-pounding matches from the December 2009 Final Resolution event held in Orlando, Fla. In the dramatic Feast or Fired bout, 12 competitors battle to see who gets bounced to the unemployment line. Kurt Angle clashes with Desmond Wolfe in the Three Degrees of Pain contest, while Tara goes up against ODB in the Women's Knockout Championship. A. J. Styles engages in a grudge match with Daniels.