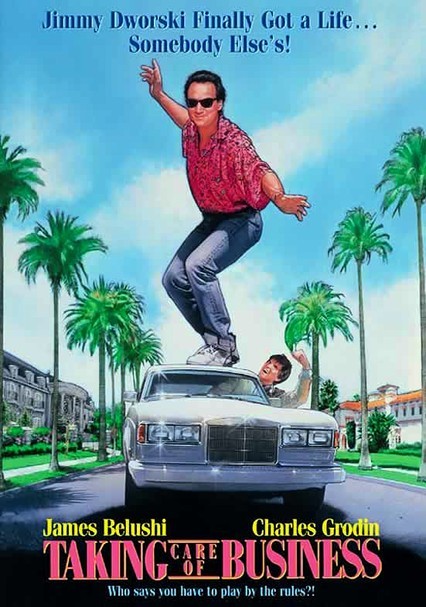 1991 R 1h 52m DVD
Well-meaning big galoot (and prison escapee) Jim Belushi tries to return a lost date book to its owner (Charles Grodin) in Malibu. Finding no one at home, Belushi co-opts Grodin's identity and starts to live it up in a style to which he's never been accustomed. Directed by Arthur Hiller, the film (a sort of twist on Trading Places) co-stars Veronica Hamel, Anne DeSalvo and Gates McFadden.