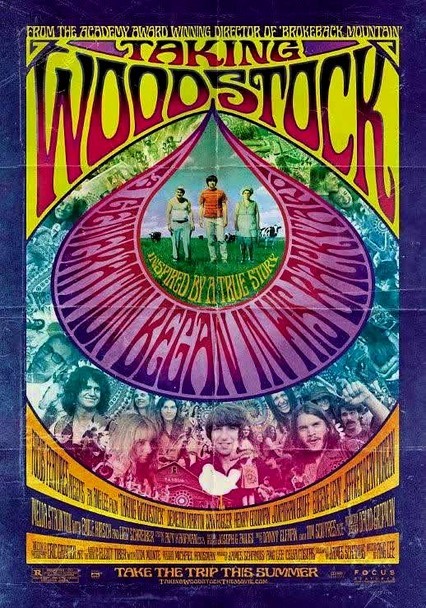 2009 R 2h 0m Blu-ray / DVD
A twentysomething man finds his life forever changed in the summer of 1969 when he offers up his parents' motel in the Catskills as a home base for Woodstock organizers and then helps the show go on by donating an all-important music festival permit.

Parents need to know that this R-rated Ang Lee dramedy about the backstory behind the famous Woodstock festival is quite accurate in depicting the time period and the event itself -- in other words, there's plenty of drug use (pot, acid, etc.), nudity, and more. Since it stars comedian Demetri Martin, expect teens to be interested. But the topic and tone are definitely more geared toward adults.

One character flashes a gun attached to his hip. A man swings a bat at -- and later chases -- mobsters trying to shake him down. Some yelling between family members. A group defaces a property that belongs to a Jewish family, painting a swastika on it.

The movie's main messages are that you can't fight change -- but that change isn't necessarily bad -- and that you should follow your bliss (peace reigns, man!). Family is also shown as being important. The close-minded try to fend off a societal shift by attempting to cancel the festival, but a determined generation prevails.

The movie acurately represents the time and place: There was plenty of drug use at the time (and especially at the festival), and some of it's shown here. Characters smoke pot, eat hash brownies, and trip on acid. There's also some drinking, sometimes to excess, in party situations.