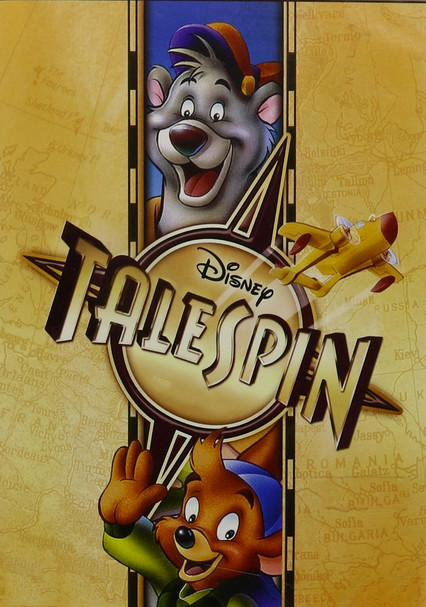 1990 TV-G 2 seasons
Airborne daring is a specialty of Baloo the bear and Kit Cloudkicker in this animated series featuring characters from Disney's classic Jungle Book. As an island-hopping cargo pilot in the Pacific, Baloo scraps repeatedly with air pirate Don Karnage.

Cavort through the jungle with Baloo the Bear in this exciting animated series from Disney. Baloo and his sidekick, Kit Cloudkicker, must defend the skies of Cape Suzette from Don Karnage and his gang of airborne bandits. They also must control Baloo's courier company. Kids will enjoy this cast of characters based on Disney's Jungle Book, including be-bopping nightclub owner Louie the ape and Shere Khan the tiger, owner of Khan Enterprises.

Baloo and crew return in Disney's hit animated series. Higher for Hire bush pilot Baloo and his sidekick, Kit Cloudkicker, fly the Sea Duck into one adventure after another. Meanwhile, the crazed Don Karnage and his air pirates do their best to ruin the company and its sleepy home base, Cape Suzette. Many of Disney's most famous animated big cats appear with alter egos in the show.