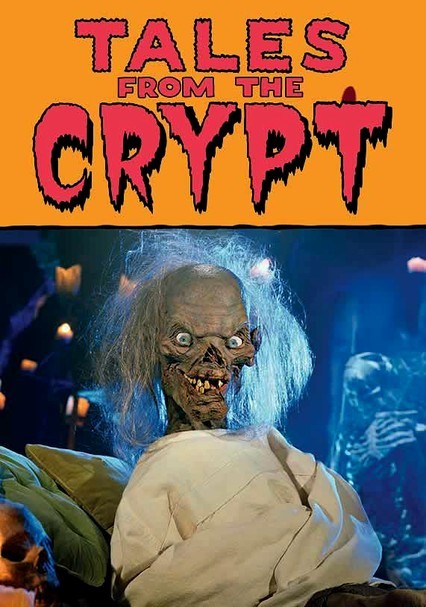 1989 NR 2 seasons
The ghoulish Cryptkeeper (a puppet voiced by John Kassir) makes wisecracks and introduces macabre tales of horror in this series of standalone episodes. Stories typically feature unsavory characters who meet their comeuppance in grisly and delightfully deranged ways. Guest directors and appearances by a wide variety of stars (some of whom you would never expect to appear in a horror series) deliver one surprising twist after another.

Hosted by the Crypt Keeper, a decaying, wise-cracking corpse, this HBO horror series dishes up ghoulish, twist-filled morality tales tinged with black humor. Featuring A-list directors and stars, these six grim tales peruse humanity's dark side. The collection includes "And All Through the House," in which a woman is attacked by a homicidal Santa, and "Collection Completed," in which a man takes up taxidermy when his wife adopts too many strays.

With a mouthful of rotting teeth and a hairline that's beyond receding, the Crypt Keeper was a fitting host for this late-night horror fest that featured celebrities in starring roles. This collection features episodes from the show's fourth season. Mimi Rogers stars an actress who would literally kill for a part; Christopher Reeve and Bess Armstrong are restaurateurs who cook up a killer recipe; and Timothy Dalton is a werewolf hunter on a mission.