Tales from the Darkside 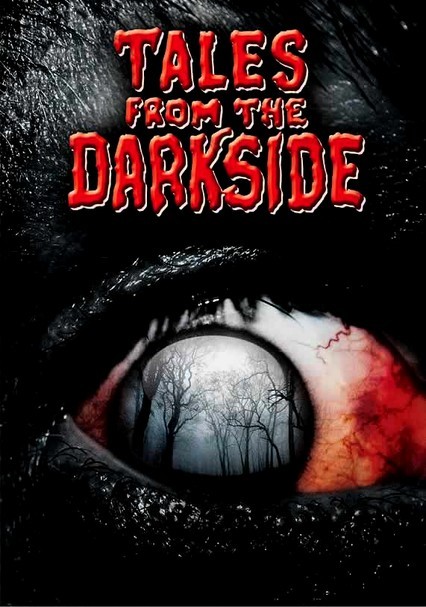 Tales from the Darkside

1984 TV-14 3 seasons
Produced by legendary horror auteur George A. Romero, this chilling anthology series draws on the works of such literary luminaries as Stephen King, Harlan Ellison, Clive Barker and John Cheever to inspire its creepy compendium of tales. Powerhouse talents of the 1980s star in deliciously dark stories of the strange and supernatural, the grisly and grotesque, the monstrous and macabre.

Ranging from comedic to gory, the horror and sci-fi stories compiled in the second season of this popular 1980s anthology series include tales about a cursed family, vampires, monsters under the bed, a little girl possessed by demons and much more. Adapted from stories by Stephen King, Clive Barker, Harlan Ellison and other well-known writers, the episodes star Dominic Chianese, Marcia Cross, Seth Green, Jerry Stiller, Abe Vigoda and many others.

Keep the lights on while watching the third season of this TV anthology series that presents scary tales of the supernatural, including an eerie account of a reporter who visits a circus run by vampires thirsting for fresh blood. Also this year, a businessman makes a pact with the devil, a mannequin comes to life and a little girl discovers her dollhouse has strange powers. Stars include Jerry Orbach, Jeff Conaway, Renée Taylor and Mabel King.

Alternating between horror, fantasy and sci-fi, the fourth season of this intriguing TV anthology series presents peculiar tales involving a resurrected mummy, a ghost photographer, alien visitors and many other extraordinary characters. Standout story lines this season include a screenwriter striking a deal with the devil, a boy inventing a device that can eat sounds, and a woman traveling through time into the past.