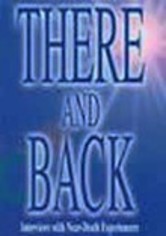 2002 NR 1h 42m DVD
Under the shadow of communism in 1960s Poland, a frantic doctor (Janusz Gajos) resorts to extreme measures to reunite with his wife and daughter in England. Because of his political ties with the exiled Polish government, he's denied a passport -- and now his only hope lies in robbing a bank so he can afford to buy one illegally. Complications ensue, however, when his crime wounds a security guard and he must make an ethical decision.