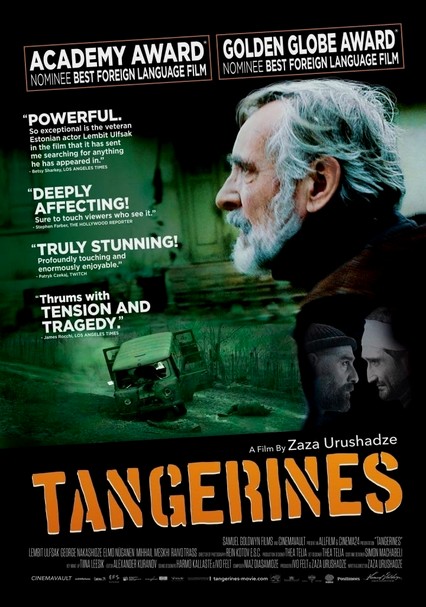 2015 NR 1h 27m DVD
During the vicious Georgian-Abkhazian conflict of the 1990s, two Estonian tangerine farmers refuse to leave their homes as the fighting grows ever closer. After each one rescues a wounded soldier from the opposite side, a very personal battle ensues.