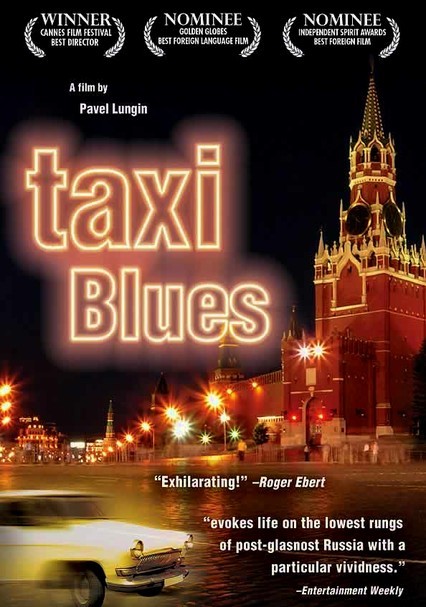 1990 NR 1h 50m DVD
When impoverished Jewish musician Lyosha (Pyotr Mamonov) fails to pay anti-Semitic Moscow taxi driver Shlykov (Pyotr Zaychenko) for a fare, the old cabbie tracks the young man down to exact payment. Strangely, they soon form an unlikely friendship. But the relationship sours as Lyosha's fortunes change and he leaves on a U.S. tour. Pavel Lungin won Best Director at Cannes for this film dramatizing the conflicts between the old and the new Russia.