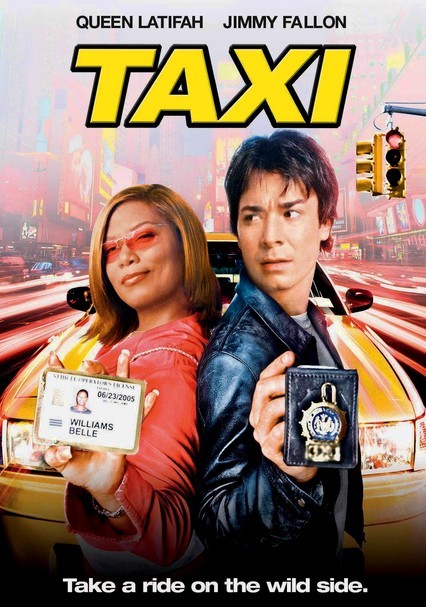 2004 PG-13 1h 37m DVD
Racecar-driver wannabe Belle (Queen Latifah) uses her prowess behind the wheel to become a cabbie. Thanks to her reputation for speeding through the city at insane speeds, a young cop (Jimmy Fallon) convinces her to use her skills to help him catch a gang of female bank robbers. Ann-Margret, Gisele Bündchen and Jennifer Esposito co-star in this high-speed action-comedy based on a French film written by Luc Besson.

Parents need to know that this movie has a very lighthearted, even cavalier attitude toward substance abuse. Washburn's mother is an alcoholic, and this is primarily played for comedy. Washburn and Belle are exposed to nitrous oxide ("laughing gas"), also played for comedy (including a side effect of making their voices deeper, a sort of anti-helium). Parents should make sure that children and teens who see this movie understand that inhaling nitrous oxide for non-medicinal reasons can be dangerous. The movie has a few strong words, including some not usually found in PG-13s, like an anatomical term and the "N" word (heard in a song lyric). The movie has a lot of comedy-style violence, with many car chases and explosions and some shoot-outs. Some characters are injured, but no one is killed or badly hurt. There are some mild sexual references. A strength of the movie is the portrayal of capable and intelligent minority women and inter-racial respect and cooperation.