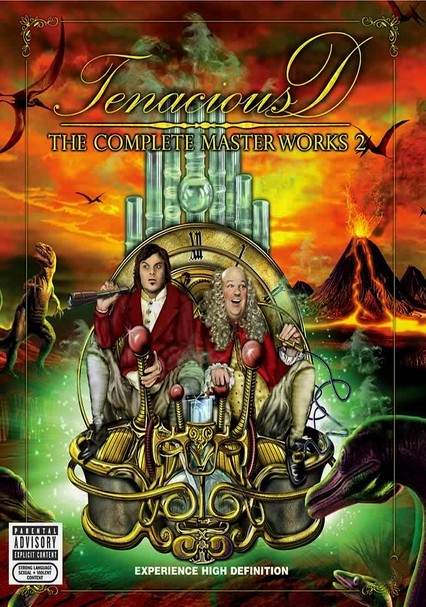 2008 NR 1h 32m Blu-ray / DVD
Behold the rock majesty that is Tenacious D, Jack Black and Kyle Gass's tongue-in-cheek metal band. This follow-up to the duo's first hit anthology assembles television appearances, videos and a concert from Seattle's Moore Theatre. The live set includes 21 tracks, including "Karate," "Saxaboom," "Dio," "Tribute" and "The Road." An hourlong documentary plus clips from "Saturday Night Live" and the 2006 MTV Movie Awards round out the package.