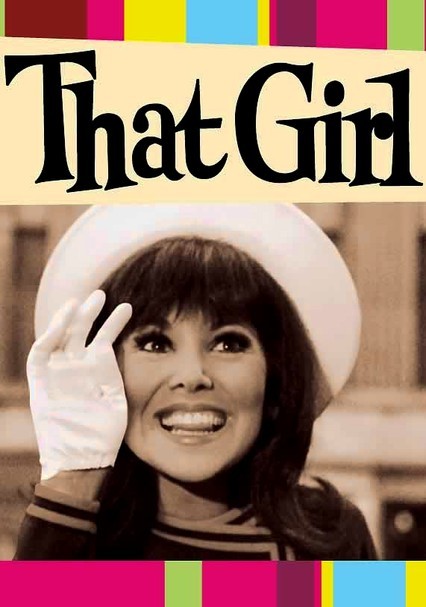 1966 TV-PG 1 season
Marlo Thomas stars in this hip, hit 1960s sitcom as Ann Marie, a spunky small-town gal and aspiring actress who charms her way through a variety of wacky temp jobs while trying to catch her acting break in the Big Apple. Taking on New York on her own terms, Ann's irrepressible and independent spirit baffles her parents, but wins the heart of beau Don Hollinger (Ted Bessell) and inspires pals Jerry and Margie (Bernie Koppell and Ruth Buzzi).

Marlo Thomas stars in this groundbreaking sitcom as the fiercely independent Ann Marie, a young New York actress who's struggling to make it big in the Big Apple. In the show's first season, Ann falls for a handsome magazine writer (Ted Bessell) when she plays a damsel in distress in a TV commercial. But while attending an out-of-town wedding with friends (Bernie Kopell and Ruth Buzzi), she's forced to share the same room with her new beau.

Parents need to know that this iconic '60s sitcom was the first to cast a young, single, independent woman as the main character ... but she didn't exactly embody the pure feminist movement. Though Ann leaves her parents' home to pursue her dreams in the big city, she's unable to separate herself from their more-traditional expectations for her, and she sometimes lets her feelings for them override her personal ambition. Laughs usually revolve around mishaps at her many odd jobs, so the mild subject matter invites family viewing. But kids may need some timely background to appreciate why this show was groundbreaking for its time -- and even then they'll probably find the whole '60s-era package fairly hokey.

Very mild innuendoes are rare, and quick smooches are likewise infrequent. Ann Marie is a young, single woman who dates.

The main character is a young, independent, single woman trying to make it on her own in the big city at a time when men dominated nearly every workplace (the premise made the sitcom groundbreaking when it first aired in the '60s). Her parents often question her decisions, and while she strives to please them, her father in particular remains harshly skeptical of her choices.