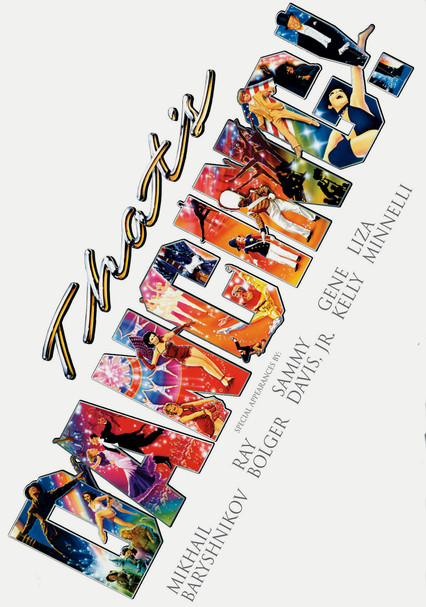 1985 G 1h 44m DVD
Ray Bolger, Liza Minnelli, Sammy Davis Jr. and Mikhail Baryshnikov host this MGM-produced retrospective of dance in film. Drawing from the MGM archives as well as those of other studios, the film debuts the uncut version of Bolger's "If I Only Had a Brain" number from The Wizard of Oz and includes a slew of other famous dance routines from films such as 42nd Street, Oklahoma, Flashdance, Saturday Night Fever and more.