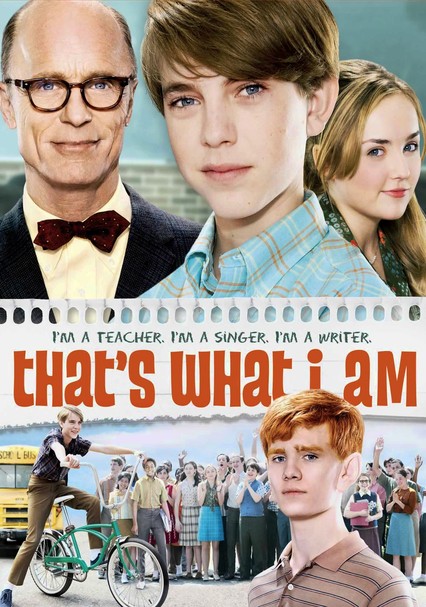 2011 PG 1h 41m Blu-ray / DVD
A 12-year-old boy is convinced he's been pushed toward social suicide when his teacher pairs him up for a project with the school's biggest reject. But the boys form an unexpected bond when bullies turn their attention to an unlikely target.

Parents need to know that amidst the many positive messages this coming-of-age movie tries to convey -- about being true to yourself and sticking up for others for starters -- there are a few mature themes. Eighth graders (in 1965) are bullied with punches and threats and one girl is whipped by a jacket. After a teacher sticks up for her a rumor circulates about him being a "homo" and parents threaten the principal to take action against him; he refuses to say whether he's gay or not out of principle. Andy's dad asks him at the dinner table if he was ever touched inappropriately while his mother tells him that "sexual orientation has absolutely nothing to do with Mr. Simon's character." Throughout the movie Andy tries to court a girl known as a "make-out artist" and eventually gets kissed and goes steady with her.

Andy talks about wanting to kiss a girl in school who's gone steady with a number of boys in his class already. He calls her a "make-out artist." Eventually he has a summer of "glorious" make-out sessions with her; the audience only sees the first couple kisses.

Acts of eighth grade bullying and harassment include punching, threatening, whipping a girl with a jacket (she gets cut by the zipper), spraying water on someone's pants crotch, knocking a boy off a bike, stealing money, and giving wedgies. Mentions that a boy had his head dunked in a toilet and his tooth broken. A father says that he beat his son after he got in trouble at school. Andy kicks a bully in the groin. Andy's father asks if he was ever touched inappropriately by his teacher.

There's no question that this is a message movie and themes abound, about tolerance, being true to who you are, and defining yourself as that which you enjoy, sticking up for others, the importance of human dignity and the right to privacy, making the right choices, and that it's okay to do things your own way.

A kid's father drinks a beer, plus "where are they now" end credits that mention someone smoking marijuana and not being heard from again.