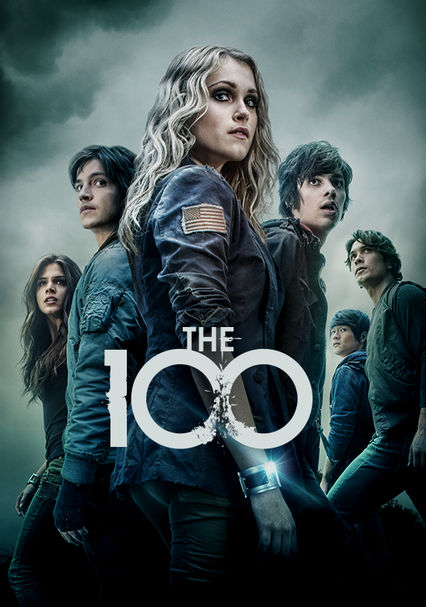 2014 TV-14 5 seasons
Earth has been devastated by a nuclear apocalypse, with the only survivors being the inhabitants of 12 international space stations. Three generations later, 100 young prisoners return to the planet to determine whether it's habitable.

TV ShowsTV DramasDramas Based on the BookTV Action & Adventure

With the war against Mount Weather finally won, those who remain struggle to put everything behind them and regain a sense of normality. But as further threats emerge, loyalties and limits are pushed to the brink.

With the discovery that radiation from derelict nuclear reactors is slowly poisoning Earth, the 100 must determine how to curb the menace before it destroys the planet's entire human population.

In the aftermath of Praimfaya, the 100 must begin again. With Season Five, our heroes have to examine their responsibility to the new place they call home, and the future generations who will inhabit it. Can they begin again and celebrate what remains, or will the frailties of human nature cost them their one chance to rise from the ashes?

Parents need to know that The 100 has a lot of graphic violence and death, often at the hands of a group of teens who hash out power through beatings, torture, and weapon use. Graphic images of characters impaled by spears, strung up in trees, and subjected to other abuse are common, as is the threat of capital punishment and selective murder by a powerful governing body. In other words, this drama -- based on a dystopian novel of the same name -- is heavy-handed and not for the faint of heart. That said, the violence isn't mindless, either, and is necessary to illustrate the show's messages about personal freedom and community rights, as well as the appropriate role of government influence in this particular society. Expect some strong language ("hell," "damn," and the like) and hints at romance, plus some partial nudity (a teen strips to her bra and panties to swim, for instance) in this thriller.

Teens flirt with each other and hint at sexuality, but little beyond kissing is shown. Occasionally they do undress to their underwear for various reasons such as swimming.

Realistic violence, often with weapons such as guns or knives. In one scene, a teen is impaled on a spear and dies slowly. Teens threaten each other with weapons and engage in fistfights to settle differences. Peril exists at every turn, and enemies are often unseen. Mutated animals can be gruesome to look at, and some attack the teens. Capital punishment is the norm on the spacecraft, but the manner in which it's done isn't gory.

The series raises many weighty issues such as the delicate balance between individual freedom and community well-being, the authority of government, and postapocalyptic life. Theirs is a reality in which they sacrifice their kids to test theories and kill for the slightest wrongdoing, but they have valid reasons for doing so. As such, it's not always easy to distinguish right from wrong in their actions or in the characters themselves.

The show is based on a book of the same name and features popular musical selections in its soundtrack.