The 13th Day: The True Story of Fatima 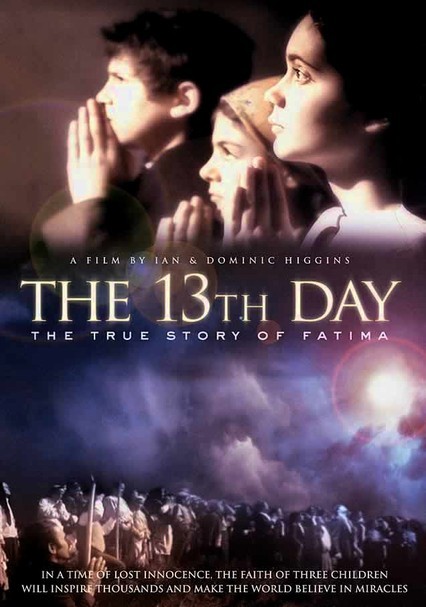 The 13th Day: The True Story of Fatima

2009 NR 1h 25m DVD
This moving drama relates the true story of three Portuguese children who were reportedly visited by Our Lady in 1917. The cousins received visitations for five months, during which they were told of upcoming world events and asked to pray for peace. Although they were threatened with torture, the pious children never abandoned their prayers and shared their story with thousands of believers, who witnessed the promised Miracle of the Sun.