The 1984 Firecracker 400: The Unbreakable Record 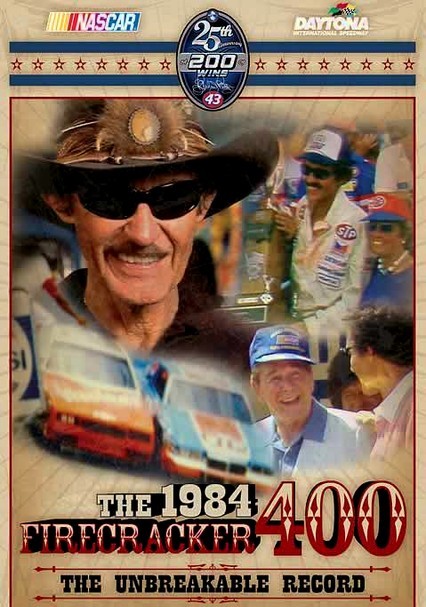 The 1984 Firecracker 400: The Unbreakable Record

1984 NR 1h 0m DVD
This thrilling program captures and commemorates the 25th anniversary of the legendary 1984 Firecracker 400, which saw Richard Petty battle it out with Cale Yarborough for a by-the-nose victory. The event forever changed the face of stock car racing. This was the year that NASCAR won its bid for full-fledged legitimacy when then-President Ronald Reagan became the first U.S. Commander-in-Chief to attend one of these events.