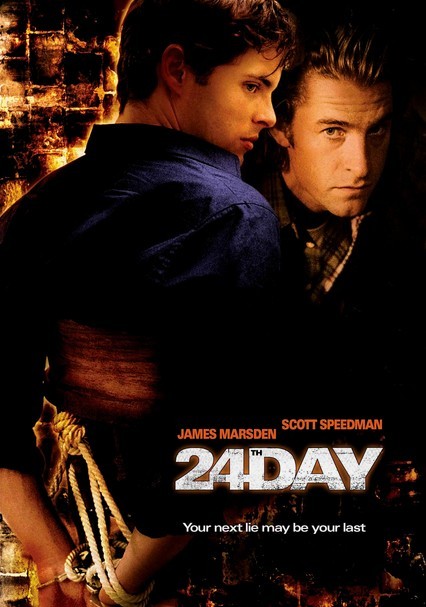 2004 R 1h 36m DVD
Tom (Scott Speedman, from TV's "Felicity") has just found out that he's HIV-positive. A married man who's been living the "straight" life, Tom had sex once, years earlier, with a man named Dan (James Marsden), and now he's on a mission to find him. His plan: kidnap Dan, take a blood sample and see if it comes back positive; if so, he'll kill him. The stage is set for a supreme battle of wills in this drama based on Tony Piccirillo's play.