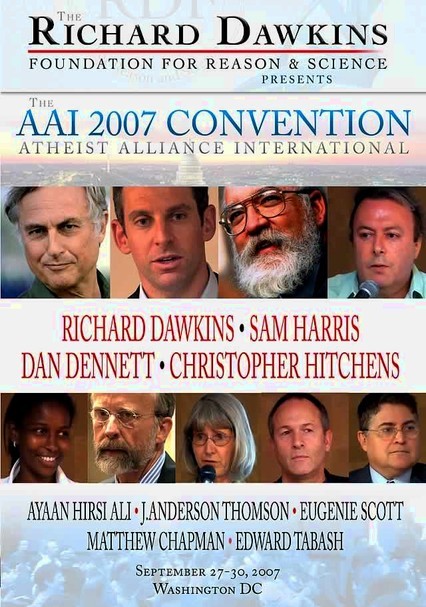 2007 NR 2 discs
Some of the world's foremost thinkers speak about numerous topics at the thought-provoking Atheist Alliance International 2007 Convention, sponsored by the Richard Dawkins Foundation for Reason and Science. Rationalists, including Richard Dawkins, Sam Harris, Dan Dennett, Andy Thomson, Christopher Hitchens and others, discuss subjects such as suicide bombing, intelligent design, the separation of church and state, and religion.