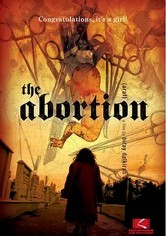 2006 NR 1h 37m DVD
Though her doctor cautions her not to have an abortion, a pregnant woman who's just entered her second trimester goes ahead with the procedure. But her choice comes back to haunt her -- literally -- when the ghost of her unborn daughter shows up. Desperate for maternal love, the ghoul refuses to leave, driving the reluctant mother into a frenzy as those around her assume she's going mad. Akasya Aslitürkmen stars in this Turkish horror flick.