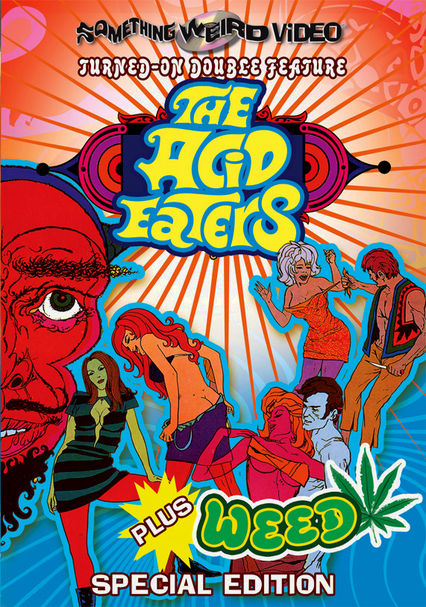 1968 NR 3h 31m DVD
The drug culture of the late 1960s and early '70s is alternately exploited and celebrated in this pair of far-out films. In The Acid Eaters, office workers (including the curvy Pat Barrington) turn into drug-addicted drones who worship a 50-foot LSD pyramid. Then, in Weed, adult filmmaker Alex de Renzy gets to the bottom of the marijuana movement by interviewing drug dealers, users and customs agents in Vietnam, Cambodia, Nepal -- and Missouri.