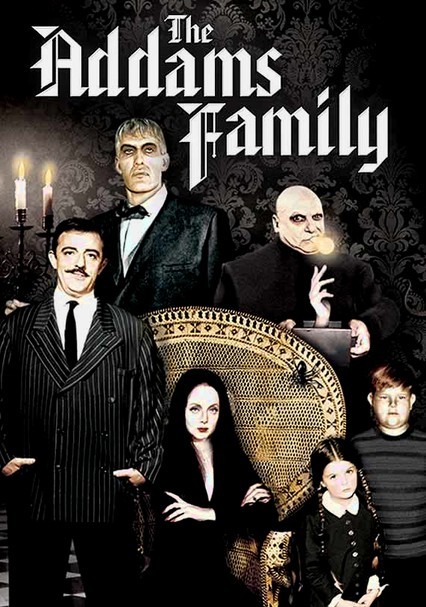 1964 TV-G 2 seasons
Beloved for its macabre running gags, this 1960s TV series starred John Astin as wealthy, passionate family patriarch Gomez and Carolyn Jones as his cadaverous wife, Morticia -- the heads of the close-knit and extremely spooky Addams clan. Canceled after two seasons, the show featured classic characters based on the gloomily humorous cartoons of Charles Addams, including Jackie Coogan as Uncle Fester and Ted Cassidy as 7-foot-tall butler Lurch.