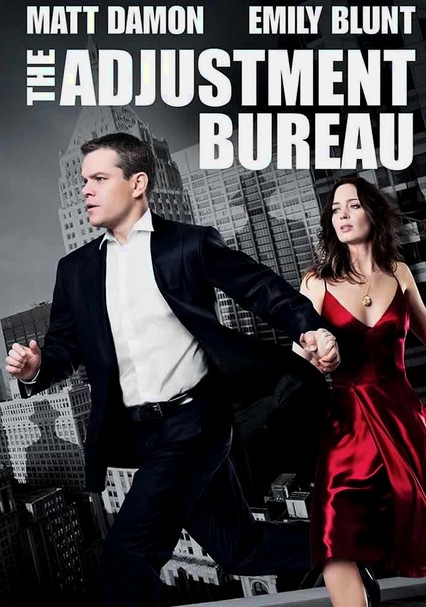 2011 PG-13 1h 46m Blu-ray / DVD
A congressman who's a rising star on the political scene finds himself entranced by a beautiful ballerina, but a mysterious, omnipotent force is in every way ensuring that their love affair is predestined to be a non-starter.

Parents need to know that this twist romance wrapped up in a sci-fi thriller tackles some complicated themes -- i.e. who controls our fate? -- that might be too overwhelming for tweens and younger. The way the movie addresses them is also pretty tricky to follow, though it's sure to spur some mind-bending questions. Expect some swearing (including "s--t" and "f--k") and a few scenes with drinking, as well as one relatively tame love scene. There are also tense chase sequences, fistfights, and a shocking car accident.

Some kissing, and one love scene (but no nudity).

Some extended, frantic chase scenes, a few fistfights, and one shocking car accident.

The movie asks a big question: Do we control our own destinies, or is our fate predetermined? Here, it's made clear that free will is a myth and that there is indeed a master plan for humanity -- and that people who stray from the path that's been set for them will face dire consequences.

A Nationwide billboard is shown several times. Damon's character has an iPod.