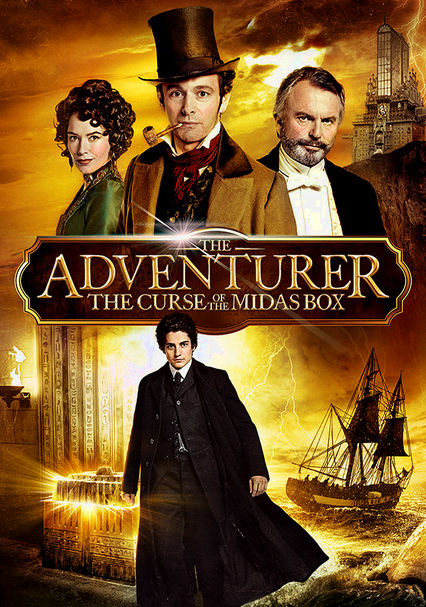 Parents need to know that The Adventurer: The Curse of the Midas Box is based on the British young-adult fantasy series Mariah Mundi and the Midas Box. This period adventure follows the 17-year-old son of antiquities experts whose parents and then little brother are kidnapped. There's more violence than you'd expect from family fare and it includes dark and tense scenes of people being shot at, nearly choked, gagged and bound, enslaved, and left to drown and die. Because of the violence, this movie is definitely more for older tweens and up than younger kids. There's also some smoking and drinking and light romance that's tolerable for the intended audience.

Mariah and Sacha are obviously smitten with each other but they mostly stare at each other longingly, fall on top of each other, and eventually share one kiss.

There's realistic violence that includes: gun violence and many shots, a man ordering the deaths of several characters by saying "Kill them all!"; a father who sacrifices his life by pushing someone (and himself) to their death in order to save his child; a man nearly choking one character; and a special weapon that vaporizes people. Children are kept as slaves and forced to do hard labor for the villain.

The message of this movie is to stay true to your word, to do everything in your power to protect your loved ones, and to realize when you need to summon your courage to do the right thing, even if it's scary and potentially dangerous.