The Adventures of Sharkboy & Lavagirl 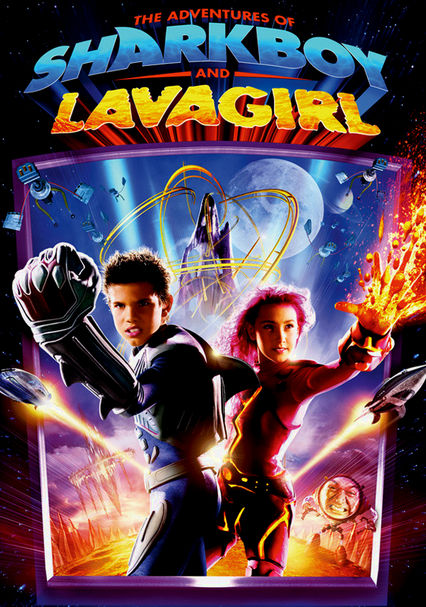 The Adventures of Sharkboy & Lavagirl

2005 PG 1h 34m DVD
Rejected by his classmates, a 10-year-old dreamer invents two imaginary friends -- powerful Sharkboy and fire-producing Lavagirl -- but soon learns they aren't imaginary when they call on him to help defeat the nefarious Mr. Electric.

Parents need to know that the line between fantasy and reality is often blurred here, so kids under 7 may be confused about what's imaginary and what isn't. There's some potty and gross-out humor involving 3-D vomiting and passing gas, and some mild action violence that's very cartoonish. One of the young characters was separated from his father. Another character appears to die, but turns out to be fine. Some of the creepy creatures (such as the Plug Hounds and the sharks) may frighten younger kids. Max is bullied by his classmates. Sensitive kids may be upset when Max's parents argue and appear to be on the brink of divorce.

Mild action violence -- very cartoonish. A character appears to die, but turns out to be fine. Some of the creepy creatures and sharks may frighten younger kids.

Some potty and gross-out humor involving vomiting and passing gas.

Some bullying, although the movie makes it clear that this isn't acceptable behavior.