The Adventures of Sonic the Hedgehog 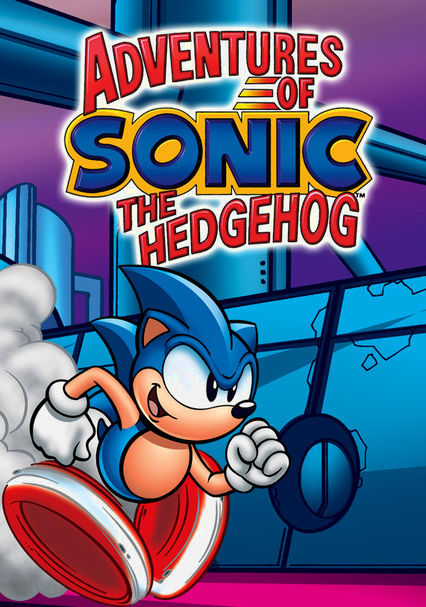 The Adventures of Sonic the Hedgehog

1993 TV-Y 2 seasons
Based on the popular video game, this animated series follows the exploits of hyper hedgehog Sonic and his cohort Miles "Tails" Prower as they defend the planet Mobius against Dr. Robotnik and his evil schemes.

Based on the popular video game, this delightful animated series follows the exploits of hyper hedgehog Sonic and his cohort Miles "Tails" Prower as they defend the planet Mobius from Dr. Robotnik and his evil schemes. Featuring plenty of high-speed action, hysterical humor and the voice of Jaleel White as the titular blue insectivore, the show is a favorite with children and grown-ups.

Sonic the Hedgehog and his buddy Tails defend the planet Mobius from the evil Dr. Ivo Robotnik and his doofus henchmen Scratch, Grounder and Coconuts in these 22 episodes from the hilarious, action-packed animated series. Bonus materials include the original unaired pilot of the series, as well as a featurette that demonstrates how to draw Dr. Robotnik. Jaleel White (Urkel from "Family Matters") voices the title character.

Parents need to know that this cartoon moves at a frantic pace and features loud exchanges between its two main characters, one of whom aims to destroy the other. Parents might not be thrilled to hear their kids emulating some of the show's language (mostly name-calling like "jerk" and "creep," as well as other general put-downs and terms like "shut up") or a main character's manipulative control over his assistants. On the bright side, though, the series emphasizes positive themes for kids about personal safety and interpersonal relationships.

The show's slapstick style makes for some violent crashes, lengthy tumbles, decapitations (of robots, that is) and other accidents that realistically should cause some injuries, but the characters don't suffer ill effects.

No cursing, but there's a lot of name-calling ("brat," "jerk," "creep," and the like) as well as other words and phrases like "shut up" and "hate" that parents might not want their kids repeating.

This cartoon makes a real effort to lace its content with positive messages about respect, strength of character, and standing up to peer pressure that are appropriate for its young viewers. Not only is the theme woven into the storyline, it's also emphasized in a brief segment directed at the viewers at the show's end. Of course, the positive is partially offset by the humorous take on Dr. Robotnik's obsession with killing Sonic and the fact that none of the characters suffer realistic consequences of their actions.

The series is based on characters from a video game, so in its heyday in the early '90s, it boasted an extensive marketing line of toys, games, and accessories.