The Adventures of Superboy: Season 1 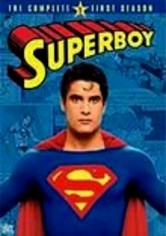 The Adventures of Superboy: Season 1

1988 NR 4 discs
The world's greatest superhero faces his most challenging rival yet: college! Mild-mannered Clark Kent (John Haymes Newton) studies journalism at Shuster University (Superman's real-life co-creator was named Joe Shuster) and has his first big adventures as the Man of Steel. In the series' first season, we meet many of the dastardly characters who will become Superboy's lifelong nemeses, including Mr. Mxyzptlk and, of course, Lex Luthor.