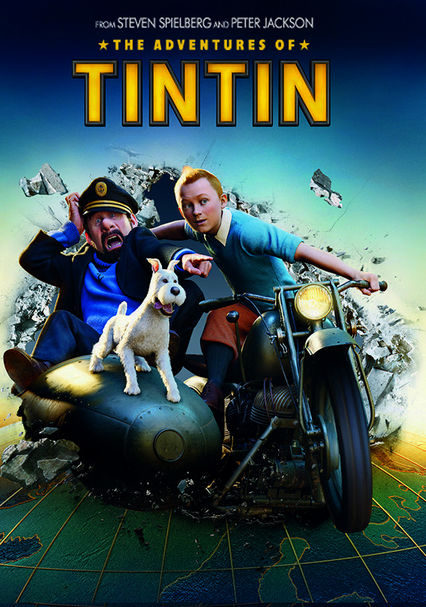 Parents need to know that this Steven Spielberg-directed adaptation of Herge's classic Tintin comic books is sure to delight adventure-loving tweens. The action is virtually nonstop and includes swashbuckling pirate violence, explosions, kidnapping, and gun shots. Some of the scenes might be too peril-filled for younger elementary-aged viewers, but kids who like Indiana Jones-style fun will be entertained. Of more concern to some parents may be the fact that one of the main characters is perpetually drunk or looking for his next shot of whisky throughout much of the movie; others disapprove of his behavior, but it's a big part of the film. That aside, with its teen hero and a suspenseful plot full of high-seas intrigue, The Adventures of Tintin is an ideal animated adventure for middle-graders and up.

Quite a bit of action violence, particularly the sequences featuring the pirates. Characters use guns, and there are also explosions, swords, razors, and fires that Tintin, Snowy, and Captain Haddock must try to evade. People are shot, chased, and threatened several times throughout the adventure. Much of the action is portrayed as humorous, especially the scenes with the bumbling inspectors. One secondary character dies by gunshot, and there's a bit of blood.

One "damned," plus mild exclamations and insults like "dolt," "great snakes," "blooming barnacles," and "poofed up ginger."

Tintin proves that one person -- a young one at that -- can make a huge difference.

The movie is based on the popular Tintin comic books and has spawned many tie-ins, such as a video game and figurines.

Captain Haddock is drunk or drinking through most of the movie; his drink of choice is whisky, and he often slurs his words and acts tipsy. Other characters disapprove, and he eventually reforms. There are also drinks at a fancy reception.