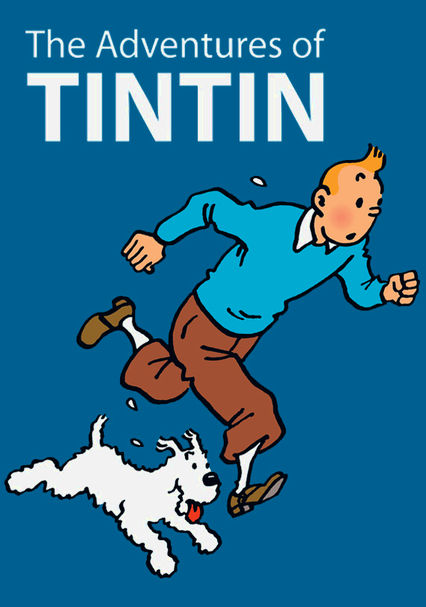 1991 TV-G 1 season
Sticking close to the original comic books, this animated series follows the thrilling adventures of quick-witted Belgian reporter Tintin and his trusty pooch, Snowy, as they travel the world, tangling with thieves, kidnappers and killers.

In Season 1 of this adaptation of the classic book series, Tintin and his dog, Snowy, track drug smugglers to Africa, search for pirate treasure, pursue counterfeiters, try to keep a professor's invention from getting in the wrong hands and more.

Parents need to know that this animated adventure series reflects the values of the time in which the source material was created. Though there is no harsh language and the violence is relatively mild, there is occasional use of firearms and fisticuffs. The show's handling of alcohol and its abuses also reflects older values, with one recurring character who is defined in a few episodes by his alcoholism and drunken behavior occasionally played for comedy. Those parents familiar with the classic comic book series by artist Herge will find themselves intimately familiar with the content of the TV series as it acts as a faithful adaptation.

Set roughly in the 1920s, the series features occasional animated violence and fisticuffs. Weapons such as firearms and knives appear less frequently but are also occasionally used.

Very occasional use of words such as "stupid" and "idiot."

The show's plot and action promotes curiosity and positive values such as protecting the weak, pursuing justice, and stopping evil.

One of the show's supporting characters is partially defined by an ongoing drinking problem. Overconsumption of alcohol occasionally plays a role in the show's plotlines and is sometimes played for laughs. Characters are shown smoking cigars or pipes recreationally.